The interior of the island in Nosy Be

The highest point of Nosy Be

Located to the north of the Île au Parfum, more exactly about twenty kilometers from the capital called Hell-Ville, Mont Passot is a mountain that reaches a height of 329 meters, it is surrounded by small colored lakes. blue considered sacred. Our guesthouse can organize you with experts in the region, a circuit going to this highest point until reaching the top to observe the panoramic view that is there especially during sunset.

A volcanic hill offering a magnificent view of Nosy Be

Called "Bongo Pisa" in Malagasy, this sacred mountain was baptized by the name: Mont Passot in tribute to Captain Pierre Passot, a man of the French Navy who annexed the whole island of Nosy-Be to that of France in l 'year 1841. Being a highlight, therefore this unique place in the world offers a completely natural belvedere especially for lovers of nature and sumptuous landscapes that is to say an impenetrable view of the entire Ocean as well as on some of the sacred lakes which are on the island of Nosy-Be. You will have an unforgettable moment in contact with the warm local population with very smiling and friendly children. The best is to make the discovery on foot or by means of a 4 & 4 with us in order to admire all this splendor.

Most of the lakes found on the island of Madagascar itself are said to be "sacred", as are those found on the Isle of Perfume, as they are surrounded by "fady" or forbidden which are a typical culture. Malagasy occupying a really important place in the faith of the Malagasy population. The lakes located exactly at the level of the crater which surrounds Mont Passot, are all considered sacred for the local population of Nosy-Be, so it is strictly forbidden under penalty of losing your life to bathe in them. According to rumors circulating among some people, the crocodiles there devour all human beings who do not respect the prohibitions of the environment. We welcome you to our guest house to offer you an exceptional adventure around Nosy-Be including on Mont Passot and its fascinating venerable places.

This mysterious tree is the subject of an offering for the local population of the Hell-Ville region, the capital of Nosy-Be. Indeed, this place is a place of prayer for the population especially for the Sakalava tribe, they venerate their ancestors at the foot of this gigantic banyan fig tree. It is a natural site not to be missed for you, that we organize for you if you decide to stay with us. This walk located between the port of Cratère and Hell-Ville is accessible by means of a motorbike or bicycle or by car. On site, you will find two main colors including white and red which are the hallmarks of Sakalava royalty. There is also a cultural and historical museum on the island as well as a botanical trail, not to mention the presence of a shop selling authentic Malagasy objects.

This so-called sacred tree originates from India, very impressive thanks to the presence of multitudes of branches and roots, it has led to the birth of a minimal forest. You will find red and white draped fabrics which indicates the Sakalava royalty including two main tribes which are "Zafinimena" and "Zafinifotsy", there is also honey and rum. In general, this holy place allows for the making of vows by asking ancestors to fulfill them or to offer them offerings as a thank you as soon as the wishes are granted. This sacred ritual is done on auspicious days including every Monday, Wednesday, and Friday. Since the majority of the population of Nosy-Be are Sakalava, according to their beliefs after death the soul is reincarnated in animals such as lemurs or some reptiles that live in this sacred forest. In addition, it is through the "tromba" that the ancestors manifest themselves in a living body. So, with a bit of luck you may witness this and don't forget to bring some bananas.

With the presence of the other interesting surrounding sites, with 5000 Ariary only you can have a good time of excursion within the botanical path for example. Discover the fascinating stories of the Sakalava tribe with the small historical and cultural museum located there. And if you have time after this visit, in a few minutes drive, you can get to the Nosy Be waterfall, fruit trees including kapok trees, papaya trees, and pepper trees.

This integral nature reserve called Lokobe is located more exactly in the South East of Nosy-Be. What differentiates it from other parks is the presence of the original Sambirano forest, which is very rare. Lokobe is made up of hills at low altitudes that do not exceed 432 meters. The most astonishing thing is that these hills open onto the sea in the West and South coast of the Nosy-Be region. In addition, the coast of this integral reserve is completely rugged with a coastline decorated with clusters of chaotic rocks that only come to the surface during low tide. Thanks to us you can experience this unique exceptional beauty.

Spread over 740 hectares, this integral nature reserve of Lokobe is accessible by car, with our participation, from the capital of Nosy-Be, Hell-ville, to the village of Ambanoro. Became a national park in 2011, the latter contains around 42 species of birds, 14 species of amphibians, 50 species of reptiles and some lemurs.

The officials of Madagascar National Parks have decided to open ecotourism in this region, so the park offers three main circuits including Mitsinjo, Kindro, and Ramy by offering a special and very interesting discovery for tourists and visitors. The Sambirano forest contains the Eulemur macaco, endemic to Lokobe. The presence of its lemurs within this park allows the dissemination of various seeds in order to regenerate the forest. The most frequent species among birds is the king-hunter or Ipsidina madagascariensis as well as the owl Asio madagascariensis. Several palm trees are present there and the Sambirano forest contains the famous Dypsis ampasindavae.

With the participation of local guides who collaborate with our local guest house, your adventure will start on Ambatozavavy bay to take a traditional wooden canoe with outriggers. Crossing this bay with calm waters is done by canoe to finally reach the base camp of Ampasipohy. After this walk back to the base, you will be greeted by the various traditional dishes in the Nosy-Be region based on fresh fish or shellfish, lunch which will be taken by the beach.

similar information about Nosy Be 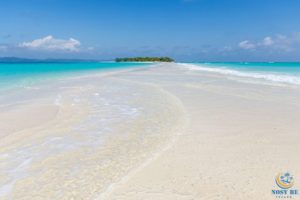 The islands of the archipelago 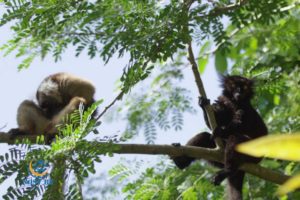 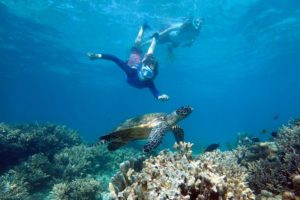 Continue to explore the Ylang hotel

Our rooms and bungalows

Reserve now
Discover our promotions
R0bRider

Wonderful stay with my wife!
Read More
Nous avons séjourné 3 semaines à l'Ylang Ylang Hotel. Que de bons souvenirs ! <3 Grand merci à Pascal et sa femme pour leur accueil, leurs bons repas et leurs bons conseils qui nous a permis de passer un séjour au TOP ! :D
Desbordes M

Wonderful stay
Read More
Nice view. Tranquility. Delicious and hearty dish with Nadia. Clean and neat bungalow. Thanks to Pascal who is an amazing host and made us feel right at home. Family atmosphere. Thank you again we will come back without hesitation
Vacation46147710686

Beautiful setting
Read More
Magnificent setting for this small, quiet hotel, ideally located on the beach, near the diving center. The upstairs bedrooms are very comfortable, well ventilated and with a superb view of the bay.
LaurentH452

Authentic
Read More
You want to discover nosy be and stay in an authentic place outside the sanitized international hotels, look no further. Go to the ylang hotel. You will be received by Pascal who is very friendly and will give you all the advice to have an unforgettable stay
Précédent
Suivant